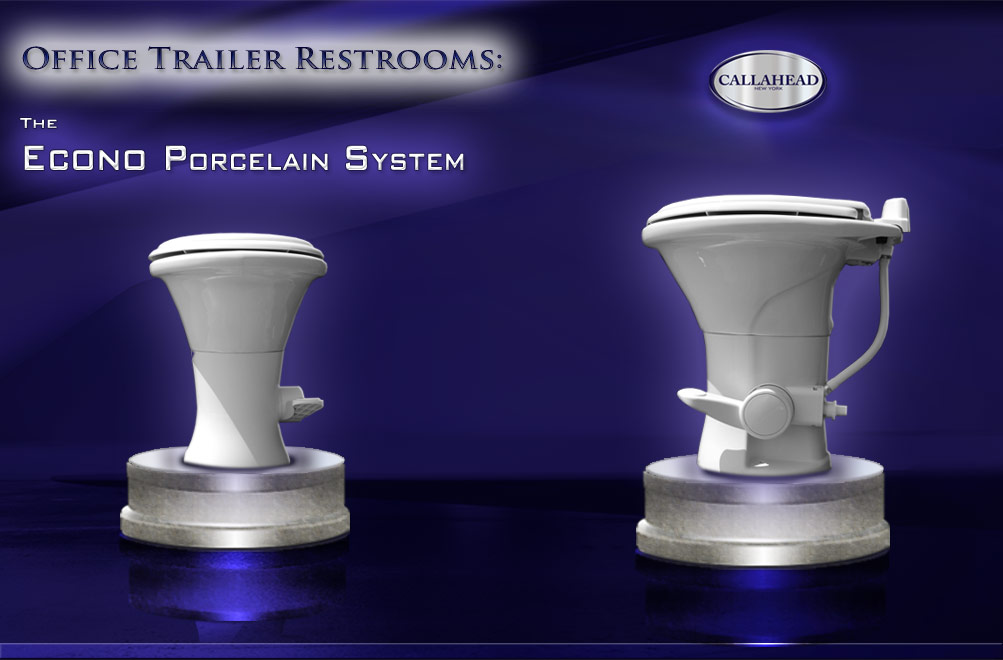 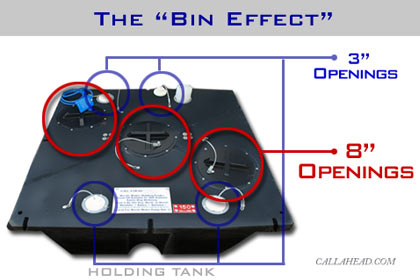 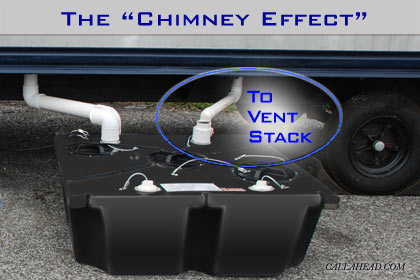 • Frequently people renting our porcelain toilet system tend to believe that the caps and covers should be taken off the waste tank (bin) to release any odor. Some customers have even opened them on their own, which is a major mistake. It is imperative for caps and covers of the waste holding tank to remain sealed at all times, unless being serviced by our service technician. Opening these caps and covers would be the quickest route for the odor since it is the largest opening, and the chimney effect will not operate correctly, causing odor to seep up into your trailer.

However, if enclosed skirting is a must for your trailer, we highly recommend a hinged door at our waste and water tank's equipment area as well as 6" circular holes every 4' to 6' feet at the midpoint height of the skirting, to create airflow beneath the trailer.

• An overflow of a waste tank would be a major problem that would put a large amount of waste in your trailers crawl space. Since trailers tend to have skirting as well as a lot of equipment such as tanks, pumps, axle, tires etc. clean up would not be an easy task. Furthermore, many trailers crawl space tend to be completely out of direct sunlight eliminating the possibility of the sun drying up the liquid waste naturally. With this information you can agree that overflows of your waste holding tank must be prevented at all costs. CALLAHEAD has created and installed an overflow alarm system which is placed inside of the waste tank that goes off before the tank ever has a chance to overflow. This alarm system when operated properly will eliminate overflows of your waste holding tank.

CALLAHEAD's odorless operation of our porcelain toilet system has been developed entirely on our relentless pursuit to create the best porcelain toilet system for our customers. We utilized scientific factors as well as common sense and logic to perfect this system which has been developed and evolved over decades. We are proud to present our formula of our odorless operation to our customers in our goal to provide our clients with a worry-free porcelain toilet system. Understanding how our system works will offer you the peace of mind when choosing CALLAHEAD Porcelain Toilet Systems for your jobsite or office trailer.


Web Development by CALLAHEAD - "A Progressive Work of Art"
©2021 Callahead.com. All rights reserved.